Columbia are an outdoor brand with deep roots in the outdoors — and a hankering to be a bit trendy. Who doesn’t? One proviso: let’s not put off the Florida fisherfolk.

Soon after my introduction to the brand (building all their partner-store creative for the season) our agency got hit by the global campaign — and Covid-19. Half working in unnerved times and half hastily working from home, we got to work. With the Design Director out of action struck down by the virus, I took on the entire creative aspect, with three 3D geniuses making my sketches and notes look pretty darned good.

There were 18 or so initiatives spread across the season. Each initiative had all the zones from windows to walls. Attract, engage, connect.

Here’s a smattering from what was to be Columbia’s Autumn 2020. (Whatever happened to Autumn 2020?) 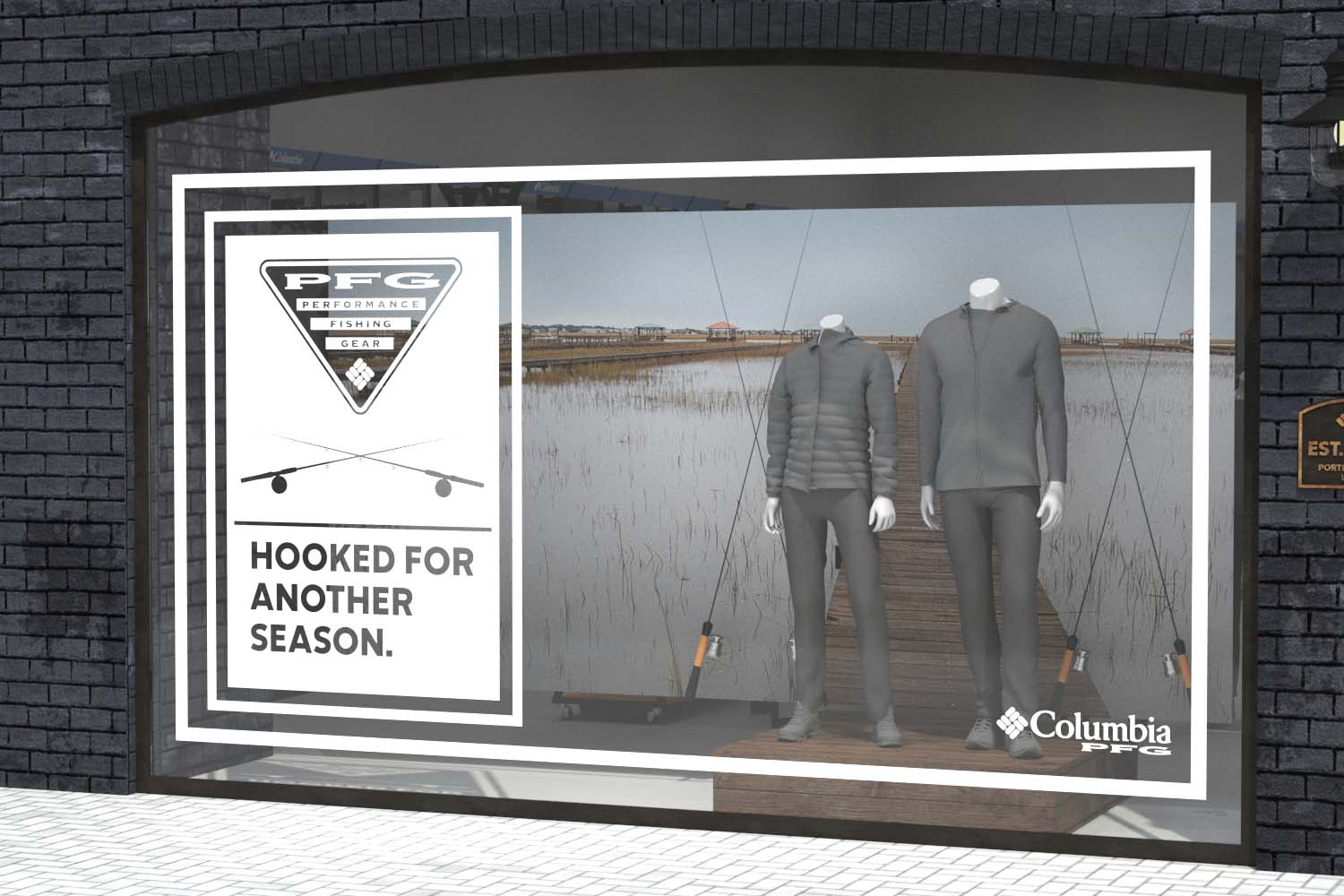 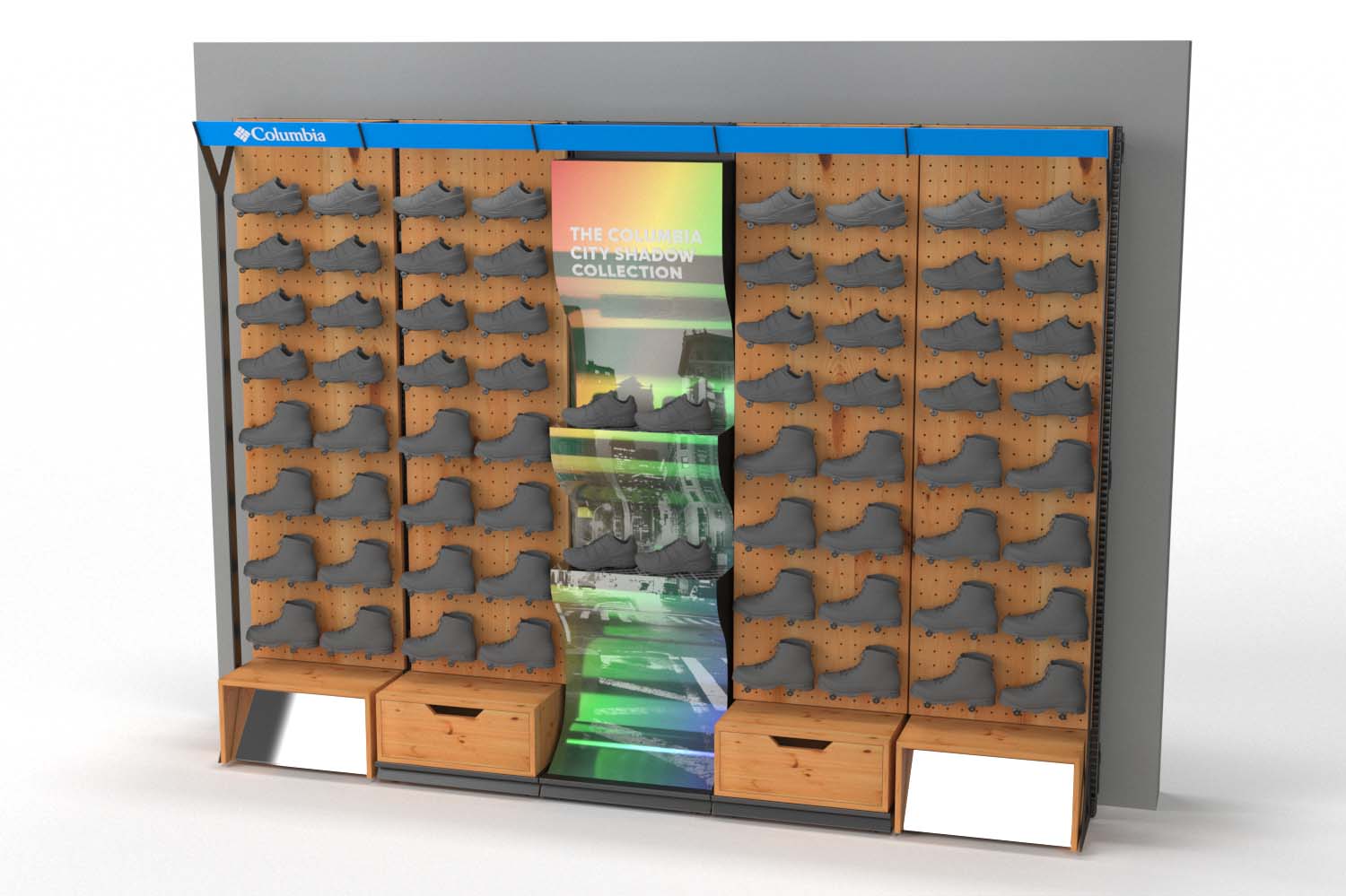 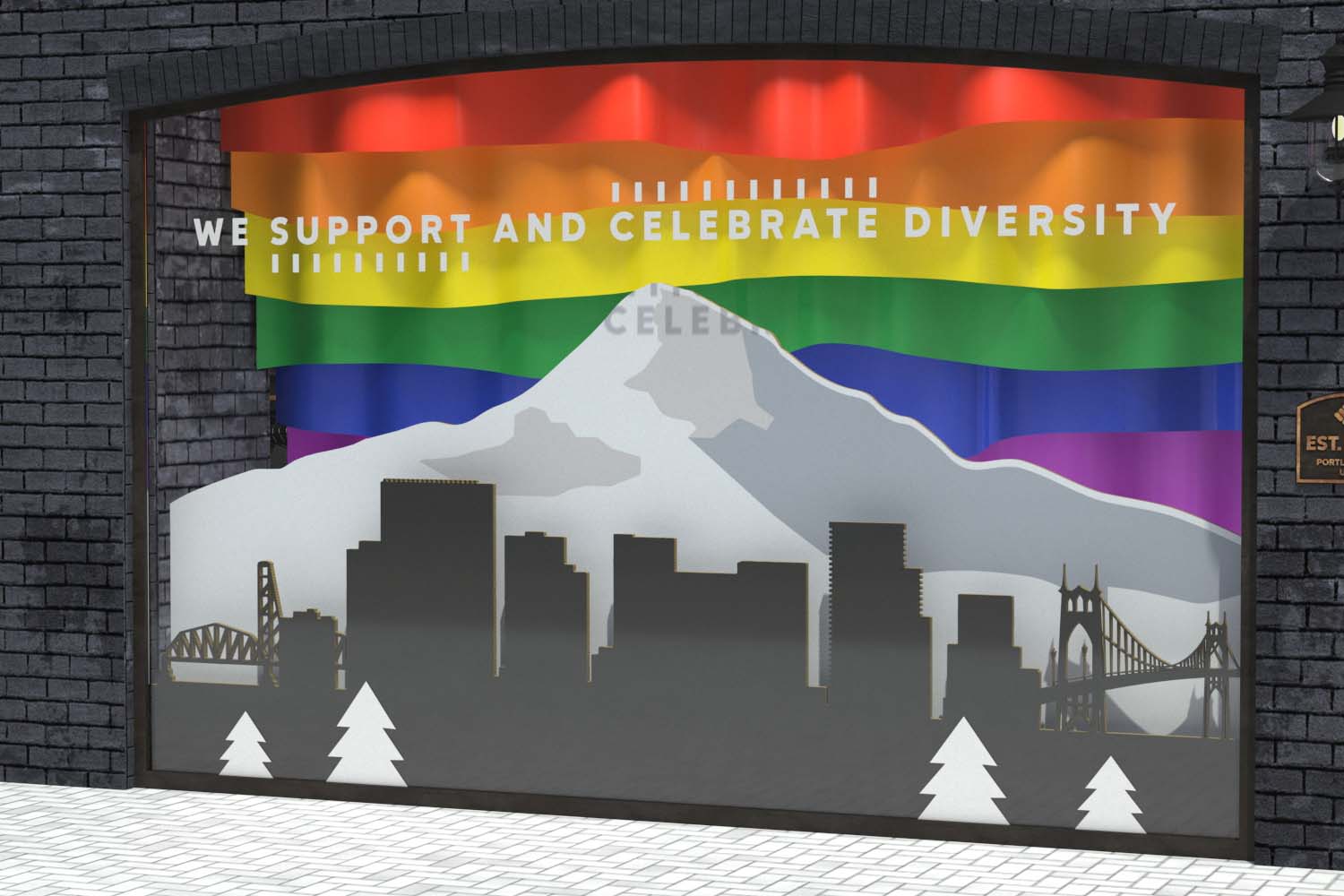 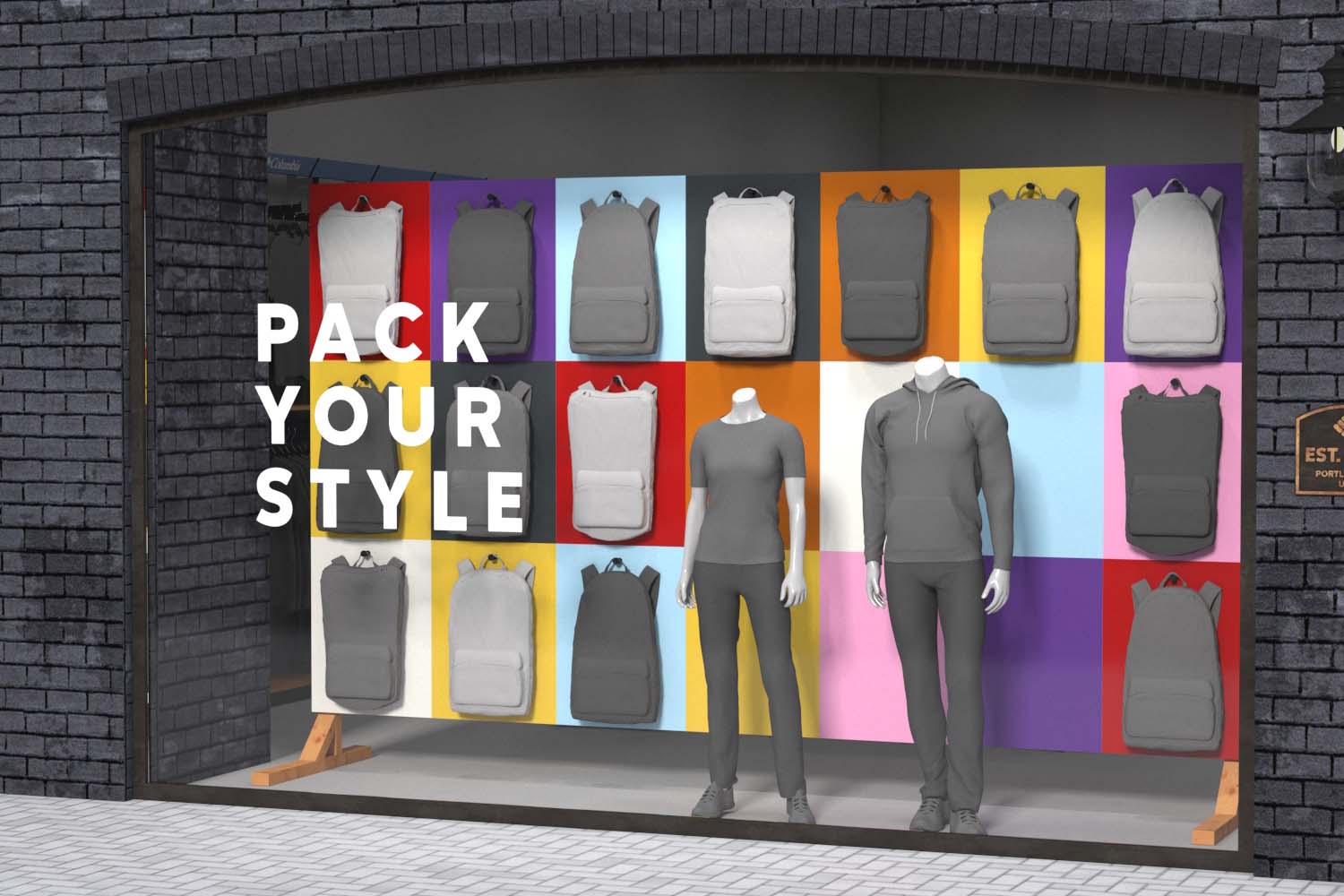 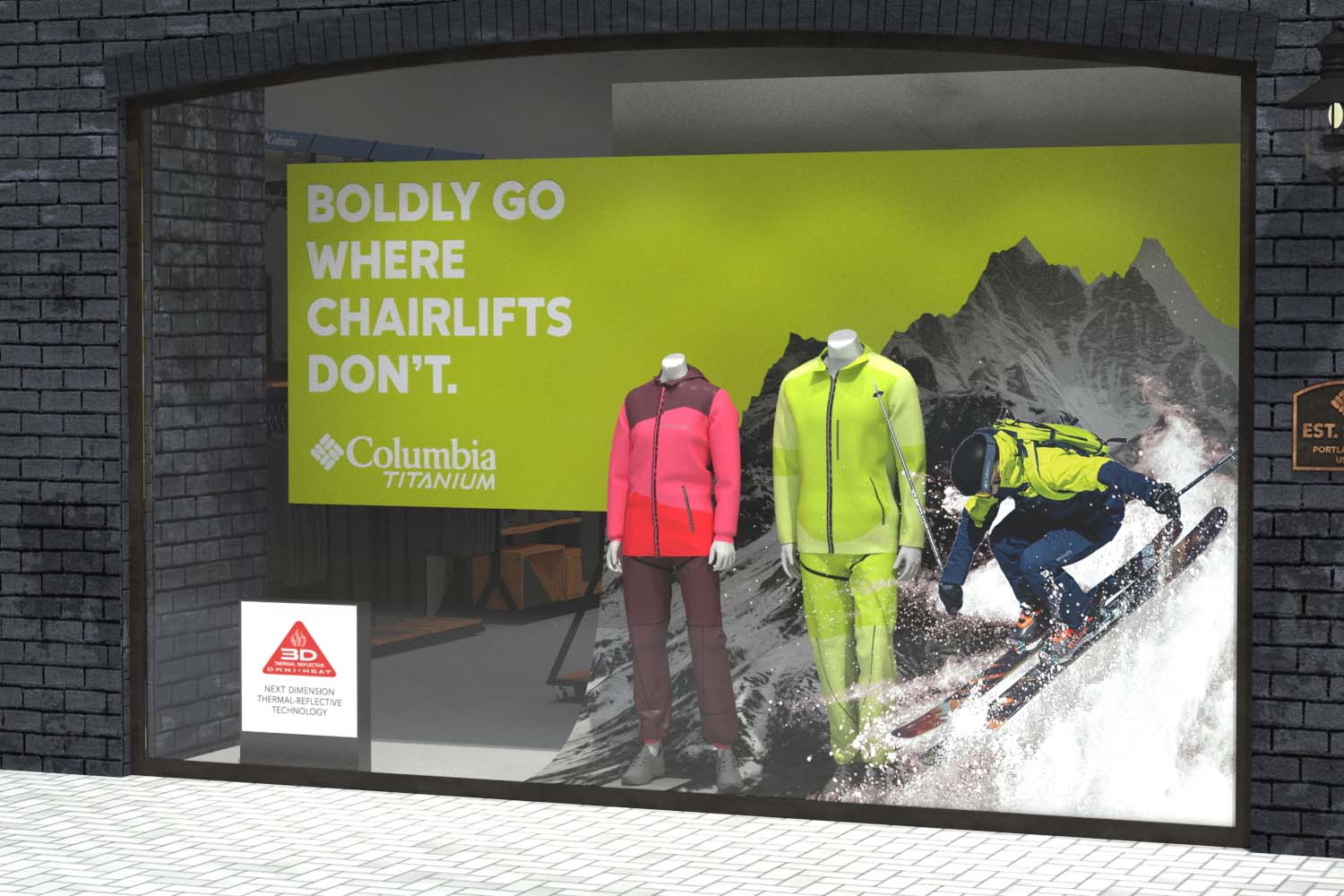 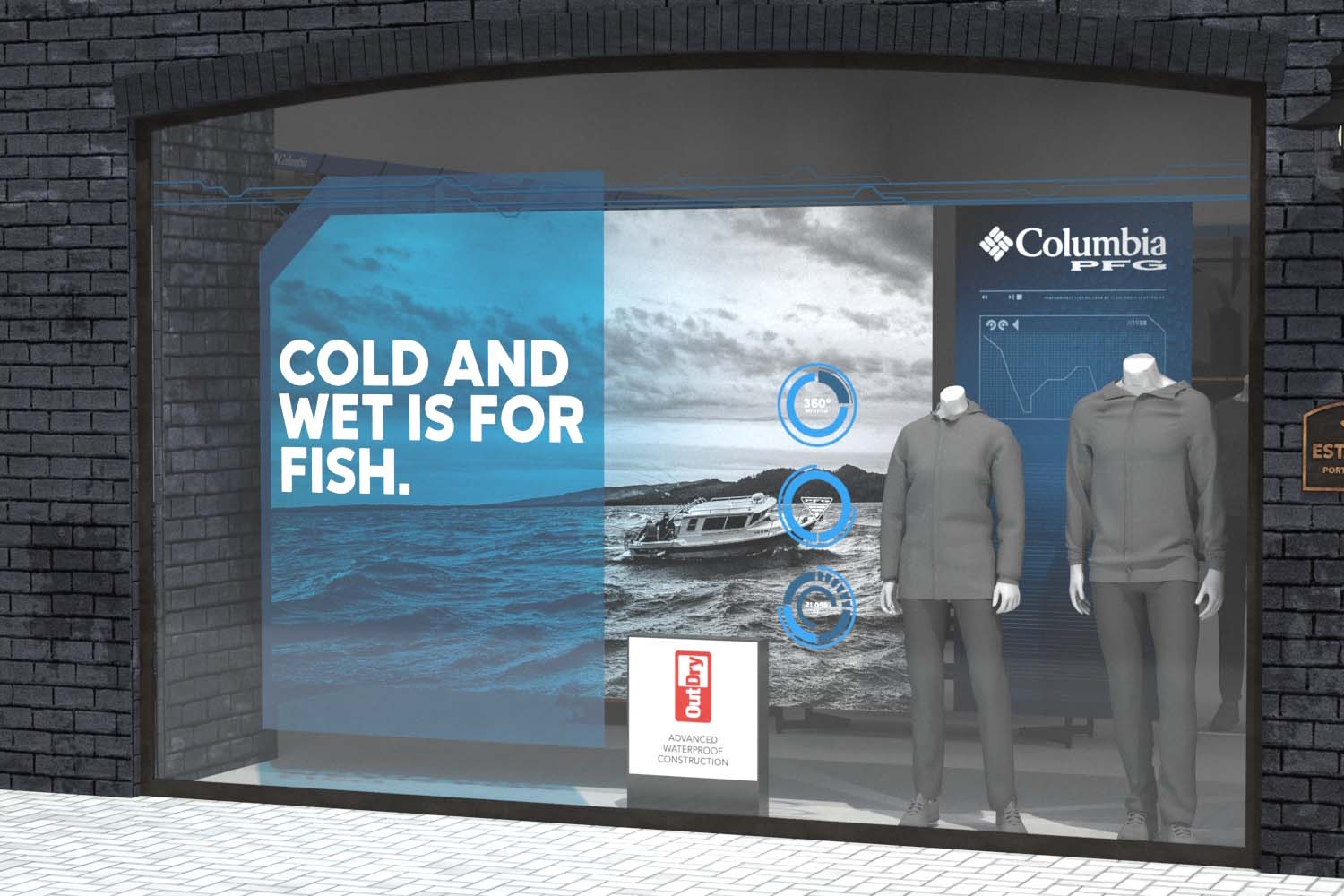 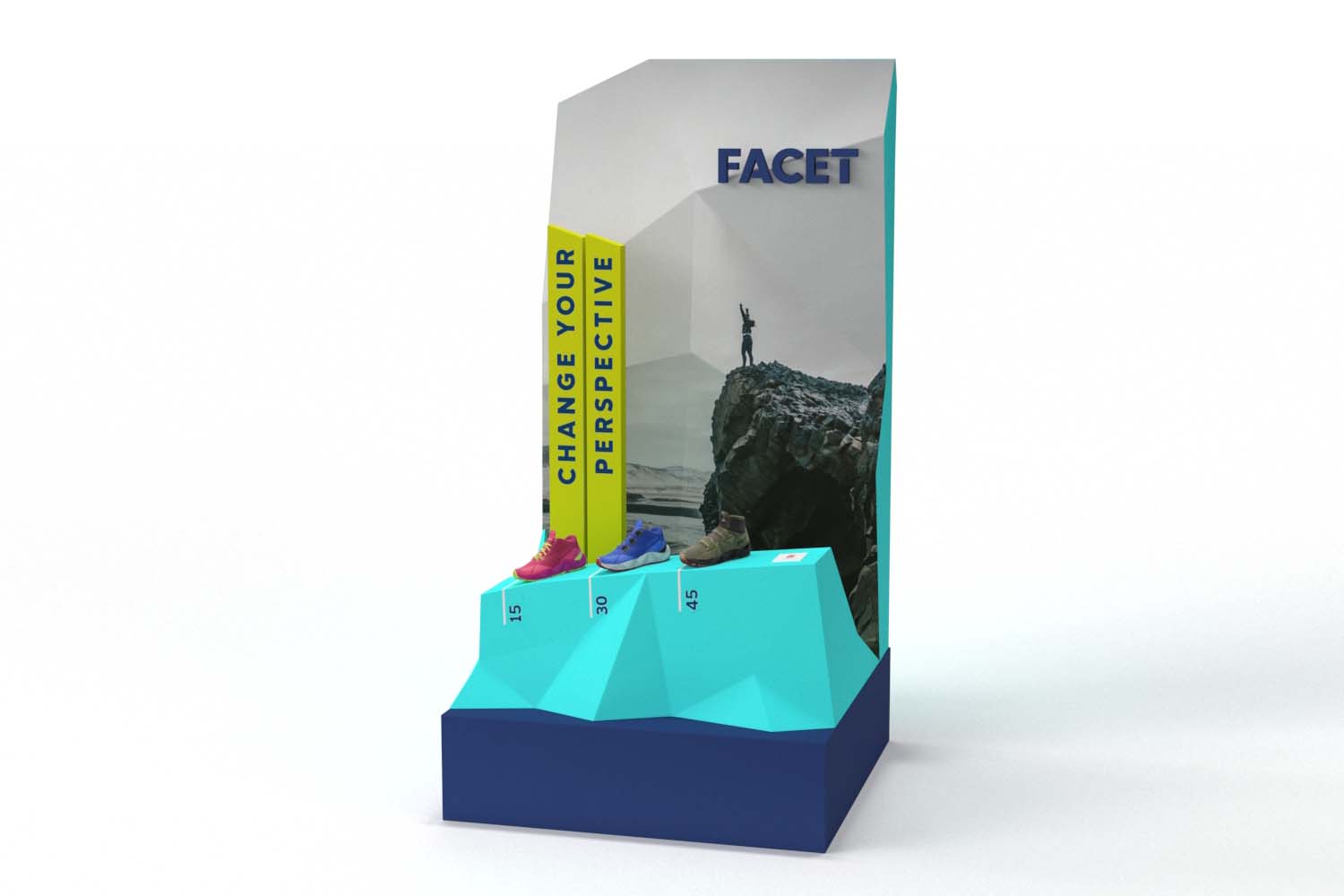 Another: Branding: An adidas campaign, with feeling (adidas)

On arrival at Portland, Oregon’s Fiction agency, I was tasked to concept and pull off adidas’s Holiday 2018 global campaign with a ten-week timeline. Within a week I had brainstormed the basic narrative with an external creative and within three I had written the script, set out the direction and got all the creative ducks in line to take it to delivery.

The agency’s previously proposed concept, heavy on buy-me vibes, had fallen flat with adidas’s horizontal marketing team, so I took a different tack that came naturally: thinking of others. Appreciating those who made you the person-slash-athlete that you are — and giving a little back in the gift-giving season, in the form of adidas and sport.

We built full creative for all the big commercial moments before and after, sectioned into three waves, following a story arc built in to my story of appreciation. Learning a lot along the way, I rallied with my team (three designers, two photographers, one video editor and a retoucher) to build it out and hone it to approval.

Client approval in the bag, we flew to London and got it shot over two days with two crews and the help of a local production team rolling deep. On our return, I wrote all the copy, decked it out, directed the creative team, went back and forth with reviews and delivered the well-received package on time. 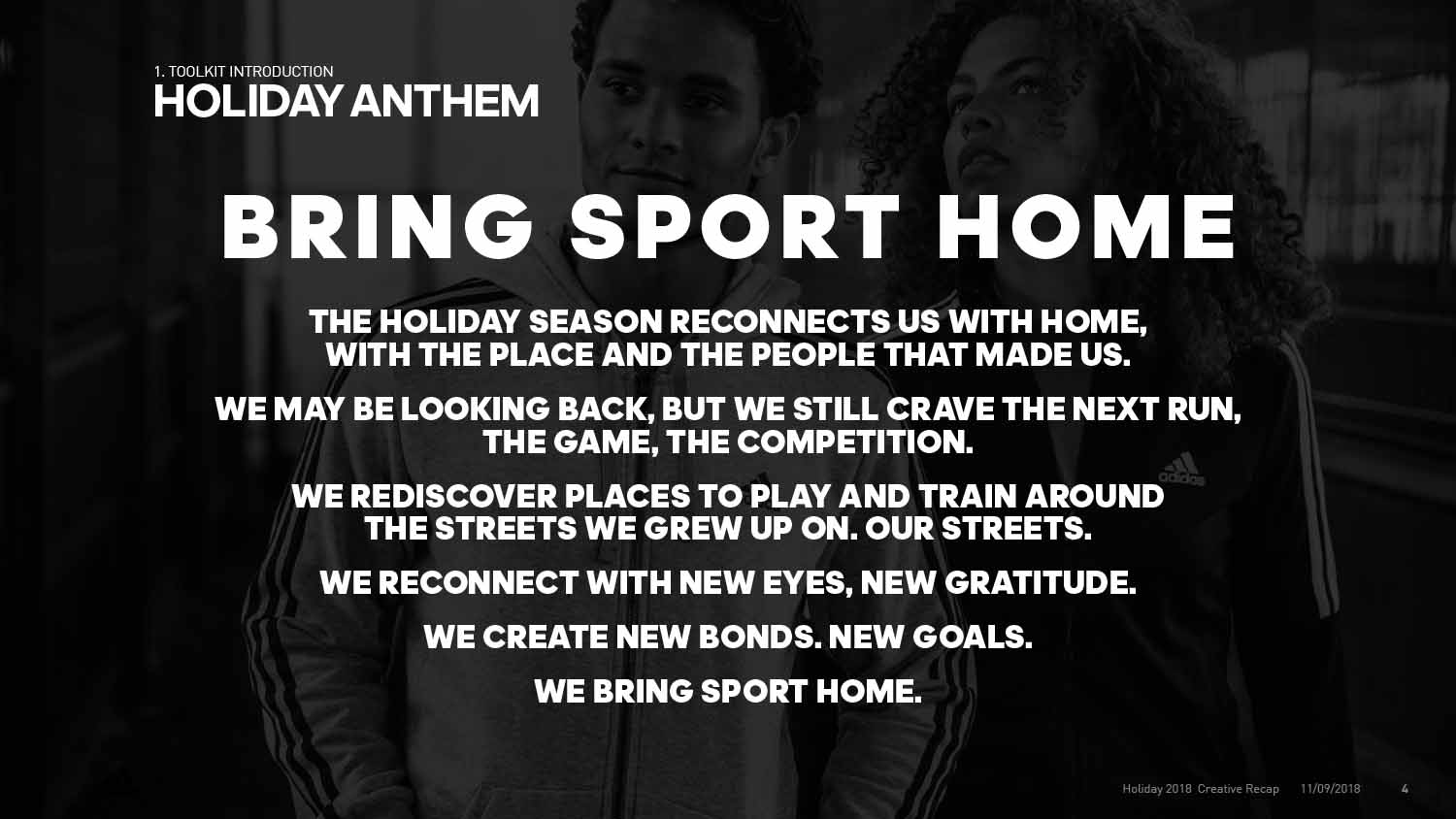