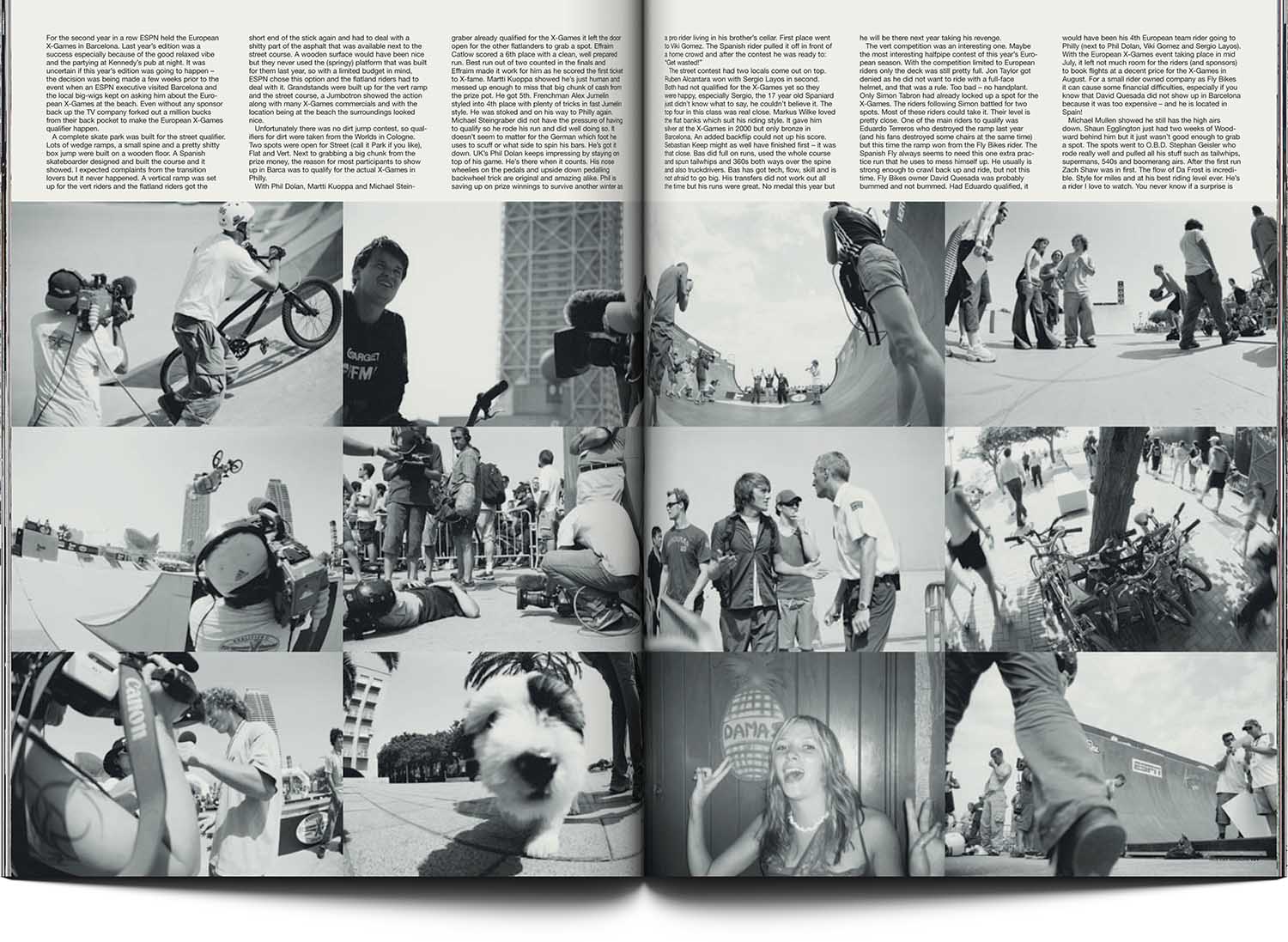 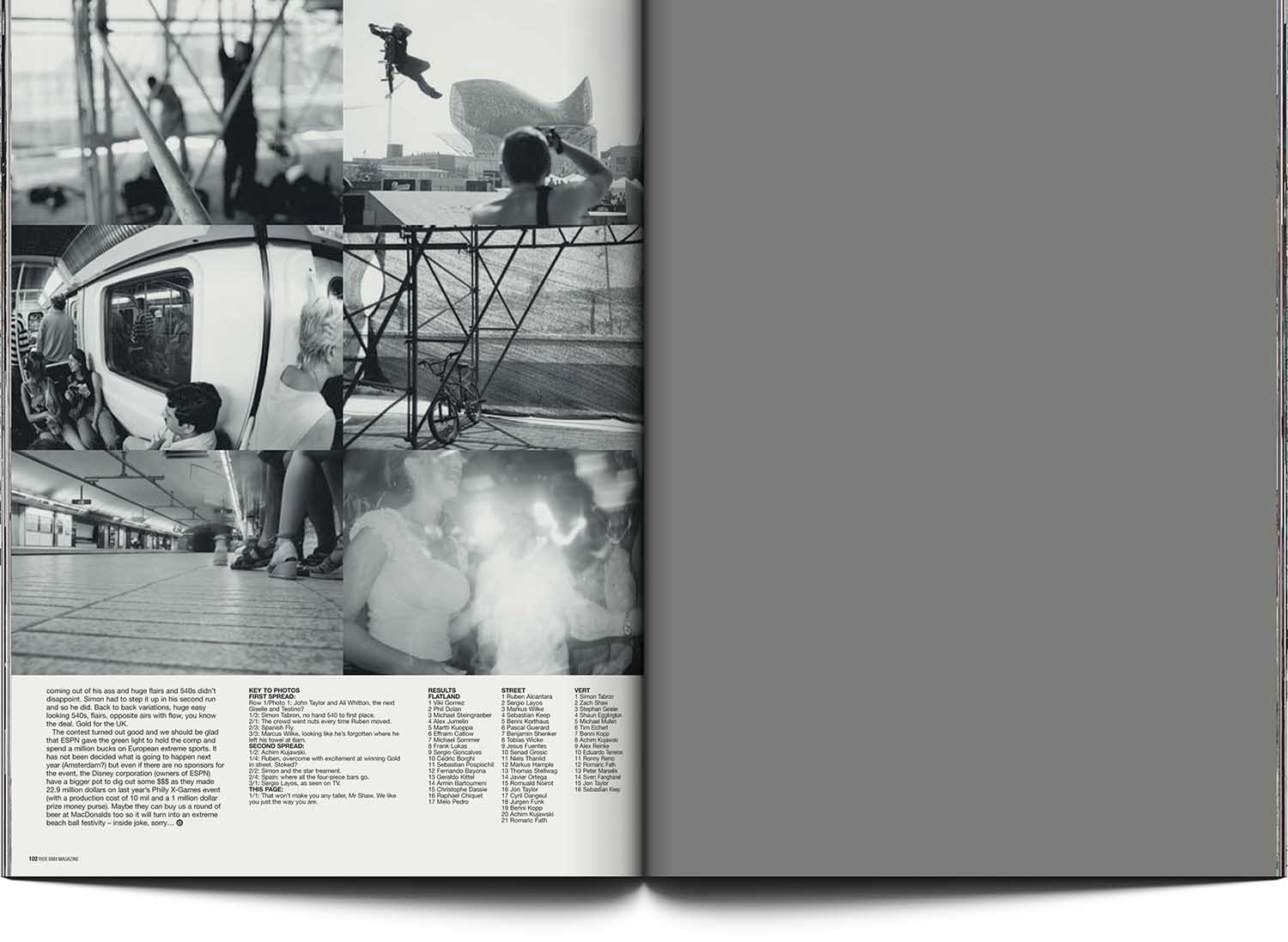 Interviews with a Low-Key Legend

Maybe I’m easily influenced, but maybe I’m doing the right thing by suiting layout design to the photography, subject, words and all that. I prefer that to design that’s just design because it’s, well, design.

Enough navel gazing. With several mini-interviews by other pros and a handful of back-in-the-day-before-the-day snapshots of Dave Freimuth’s pre-history, I went with a scrappy-clean indy home-made zine-influenced look and feel — all within Ride’s distinct aesthetic and unwritten brand standards — of course.

Yeah, it’s a typewriter typeface. I made one myself a few years previously, complete with two weights, and would have used that but I preferred this cleaner one. 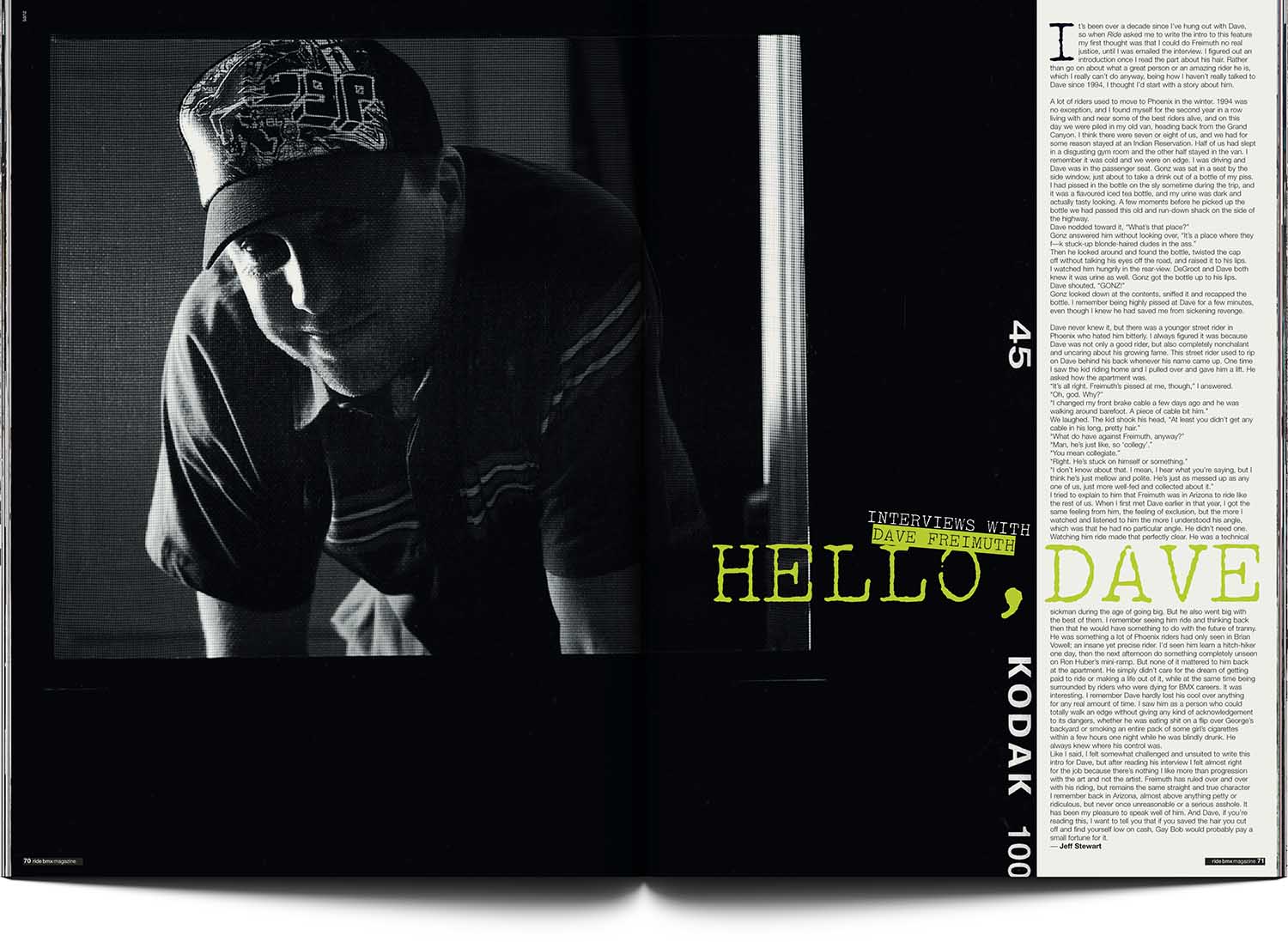