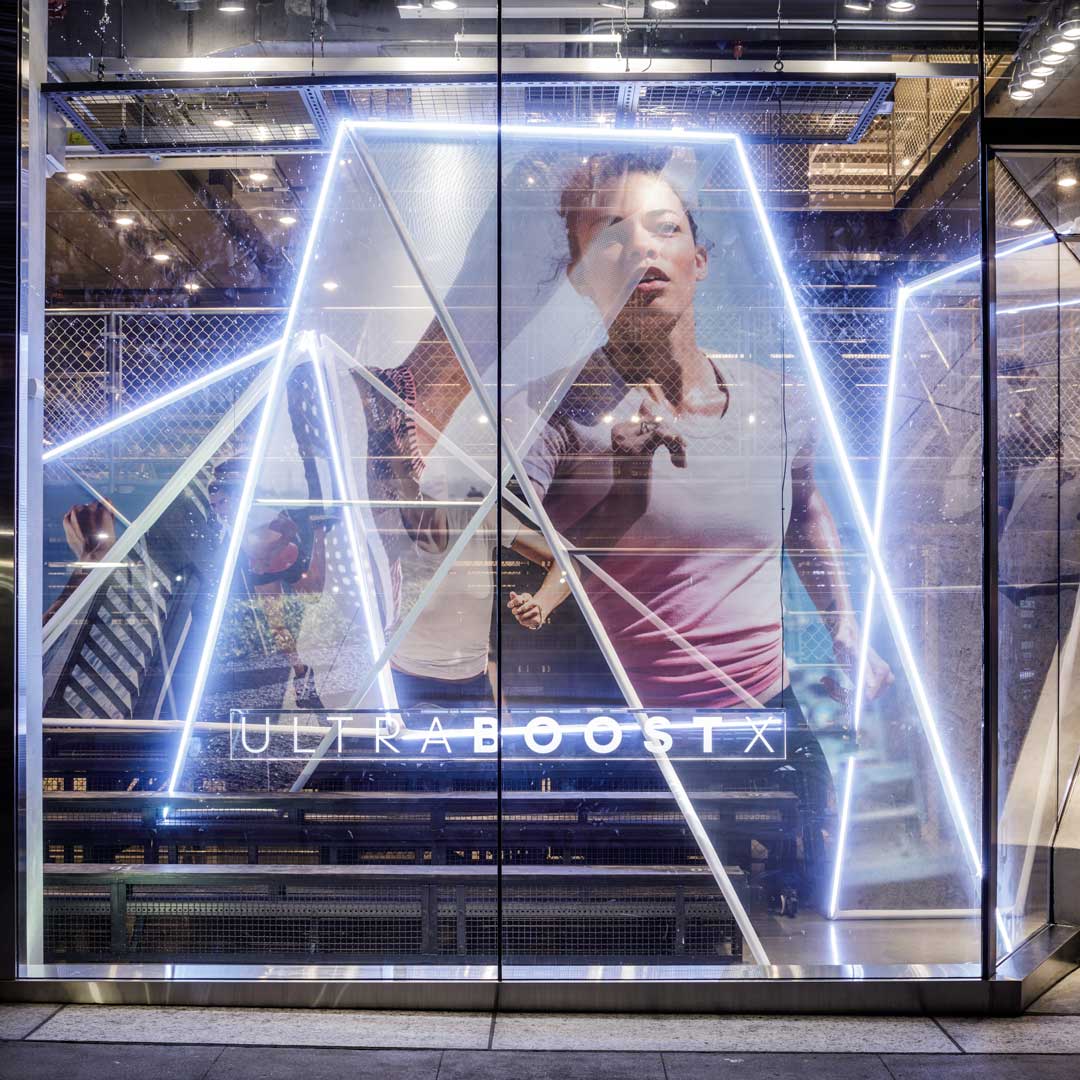 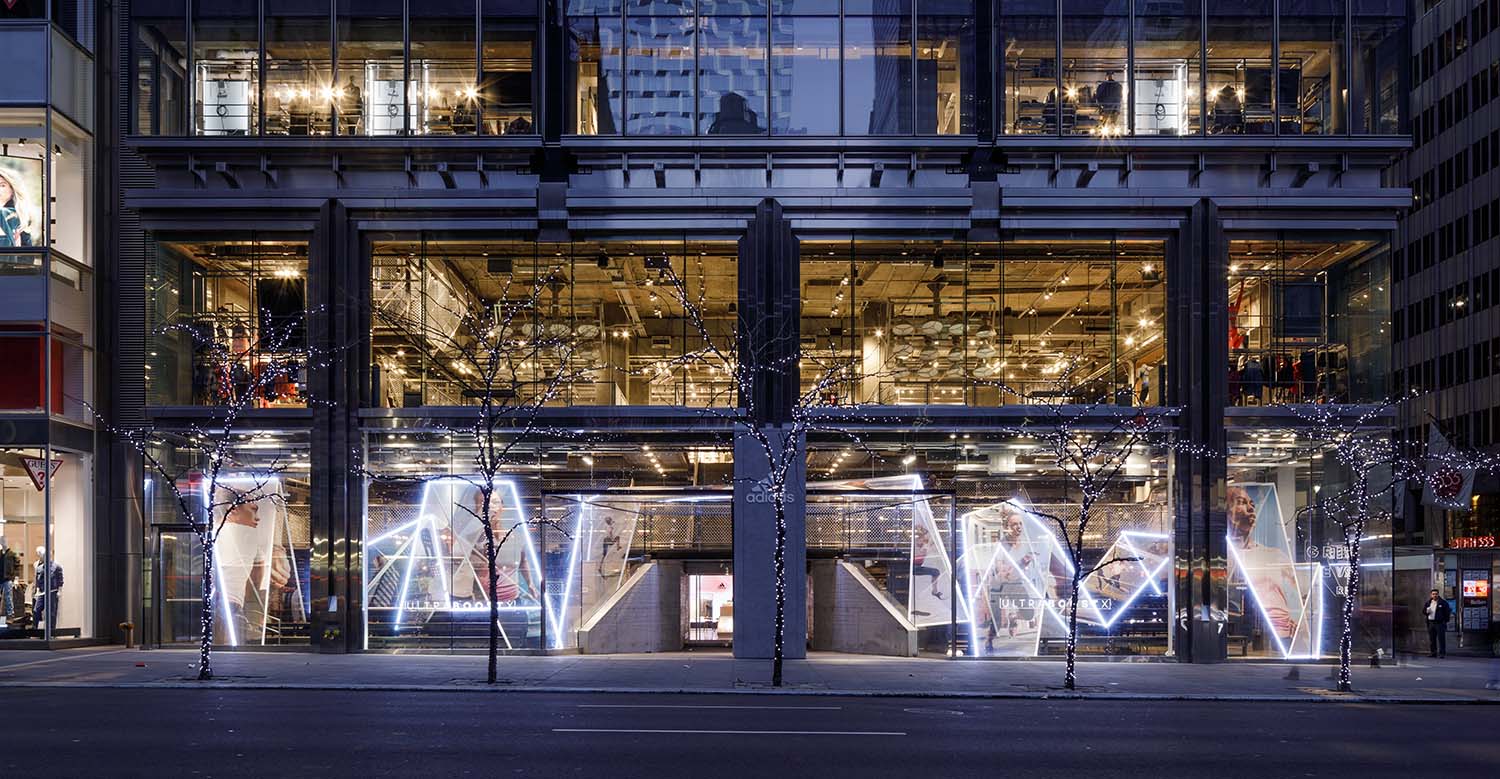 Another: Branding: Messi lines all over inside adidas NYC (adidas)

Having a boot covered in kinesio-tape-inspired lines leaves little question on where to take the launch creative inspiration from. I built the graphic for the floor by eyeballing and flattening the pattern on the boot, in Illustrator.

I used tight cropping on the photo panels for a sense of in-your-face urgency as well as highlighting the texture and design details of the product, making the viewer want to see more. No panel revealed more than 50% of the boot.

The dimensional, internally lit table featured graphics and design I dissected and repurposed from the boots’ promotional book to ensure a connected consumer journey. (As well as doing all the production-ready graphic design, I built this mockup using Photoshop’s 3D capabilities.)

Closer to the connect zone, I designed wrap-around shoe pedestal graphics, echoing the wrapped look of the footwear. (Mockup shown as actual versions were farther apart which made for a less than stellar photo).

The LED panels were used again; this time, more overtly, under clear plex. I edited original content to make it suited to purpose. 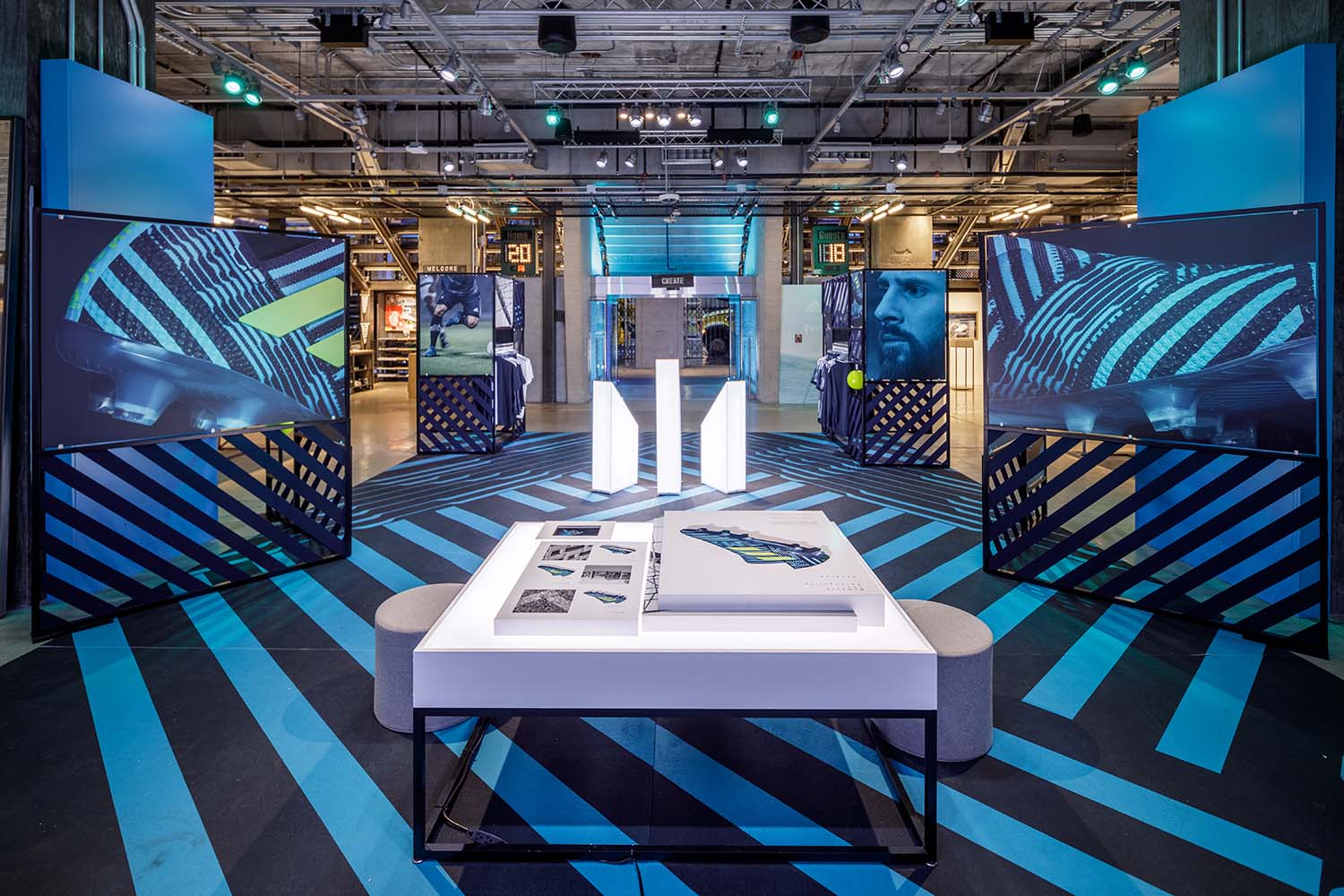