We gave contributors very little direction and a lot of freedom with all the magazines from our media company, 4130 Publishing. We chose creators who got what we were doing and let them do their thing. It’s by far the best way to end up with perfect, amazing creative. (Is Tom Carley still active as a photographer?)

Level’s layouts were designed to work in harmony with the received images and words to bring focus, balance or a sympathetic mood to aptly amplify the story. I kept it on-brand in my purist design hedonism, like this quiet but dynamic fashion pages layout.

To me, the photos looked like the chill vibe post-early-morning clubbing. That was enough of an excuse to use that title and build somewhat of a visual story around it. 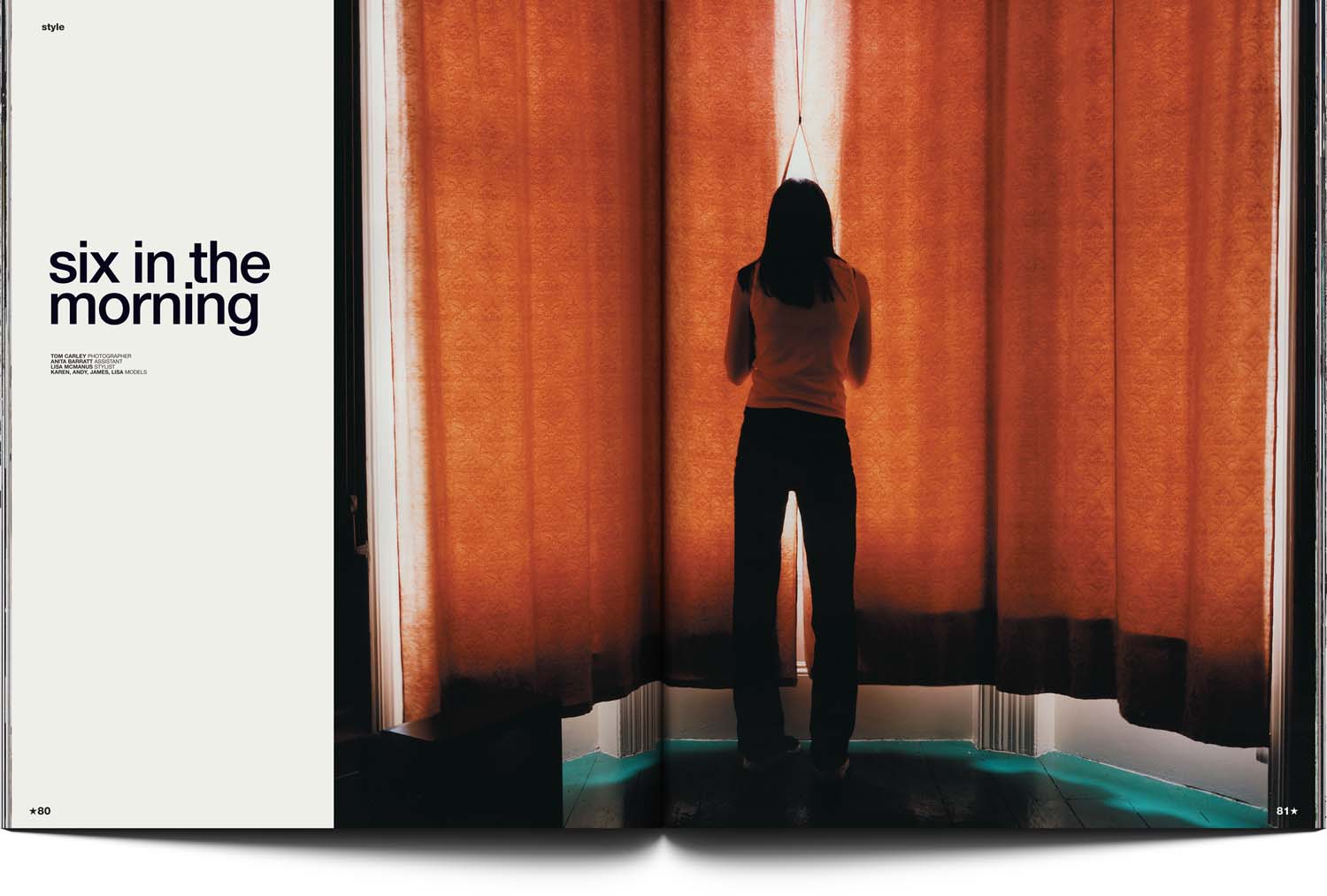 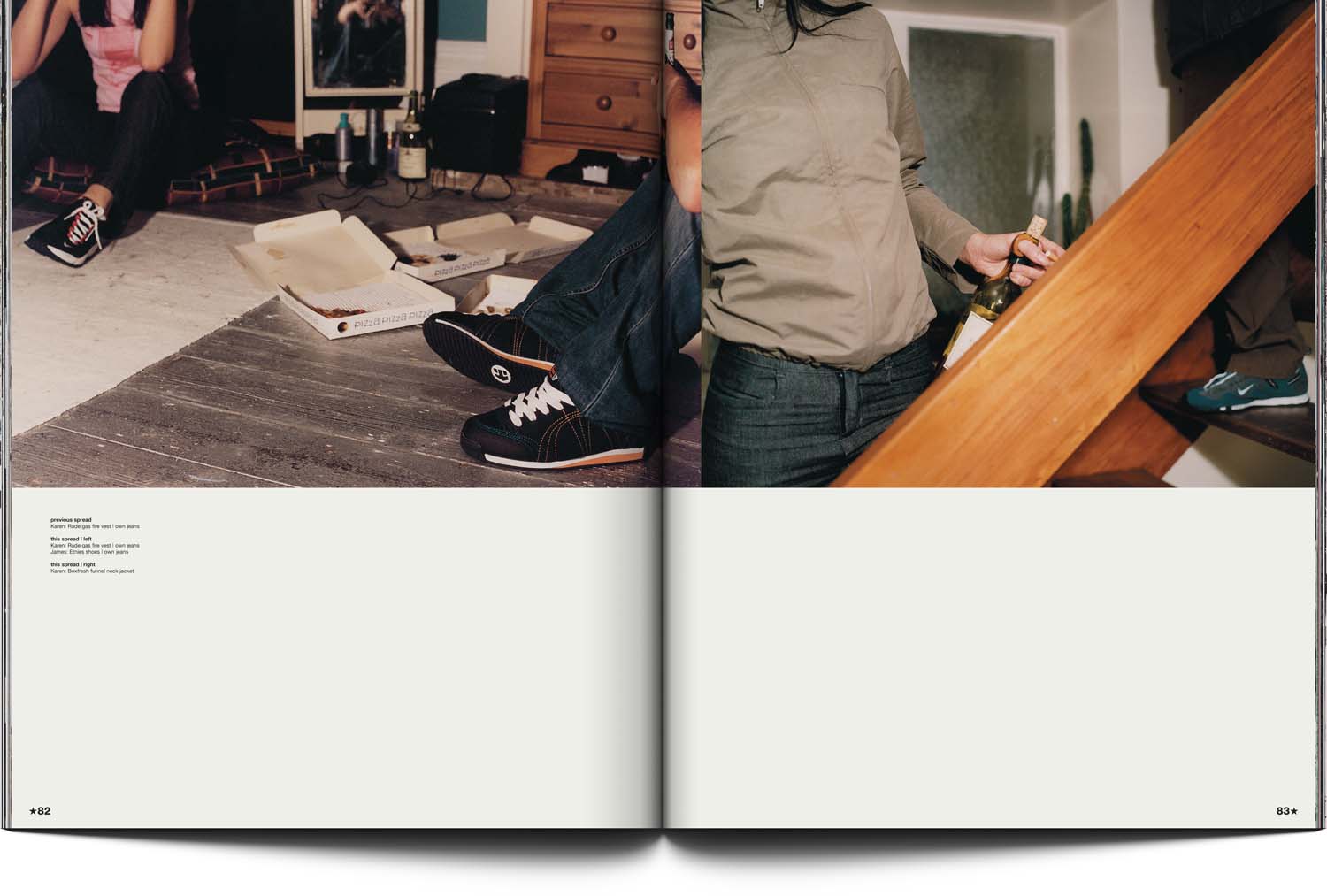 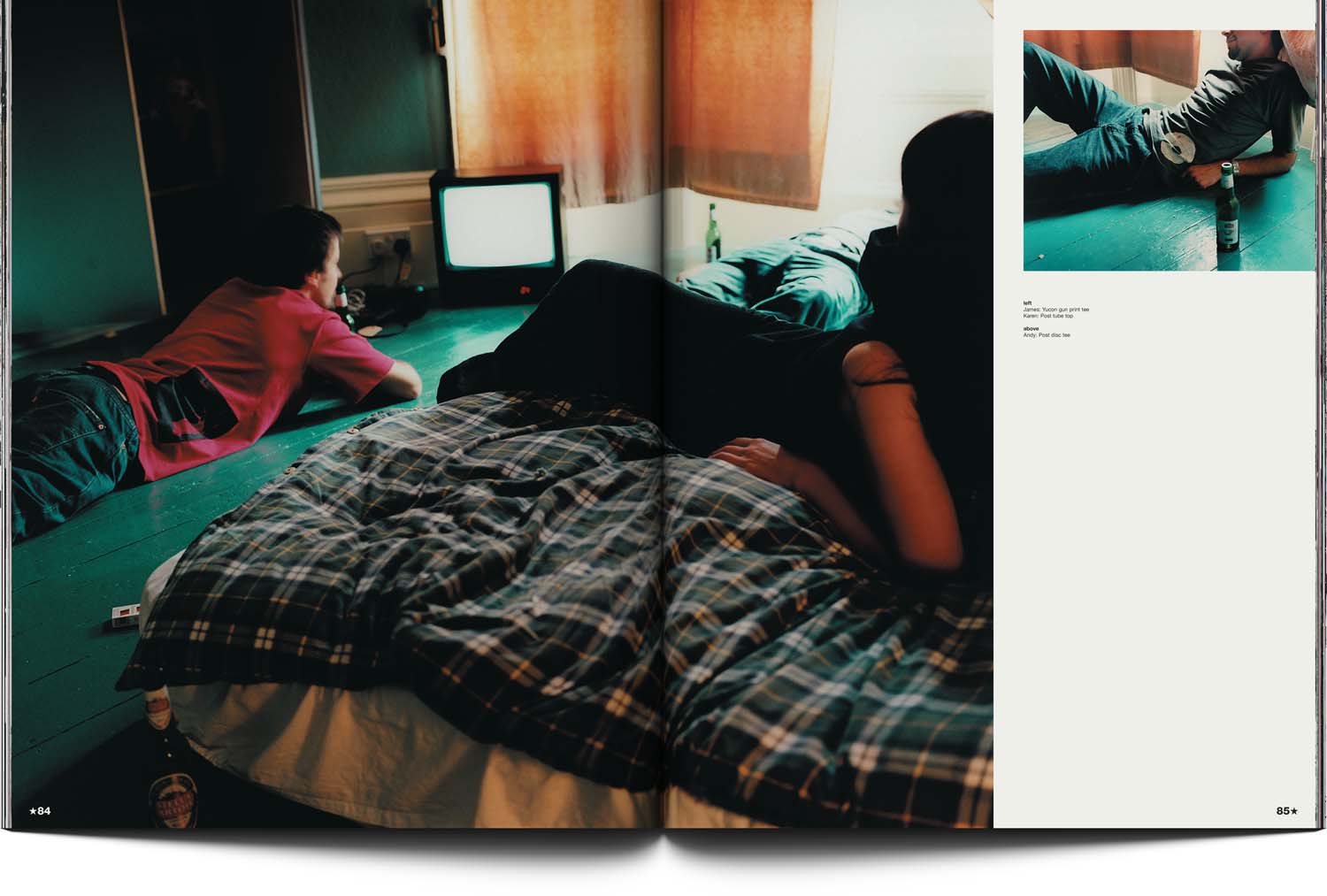 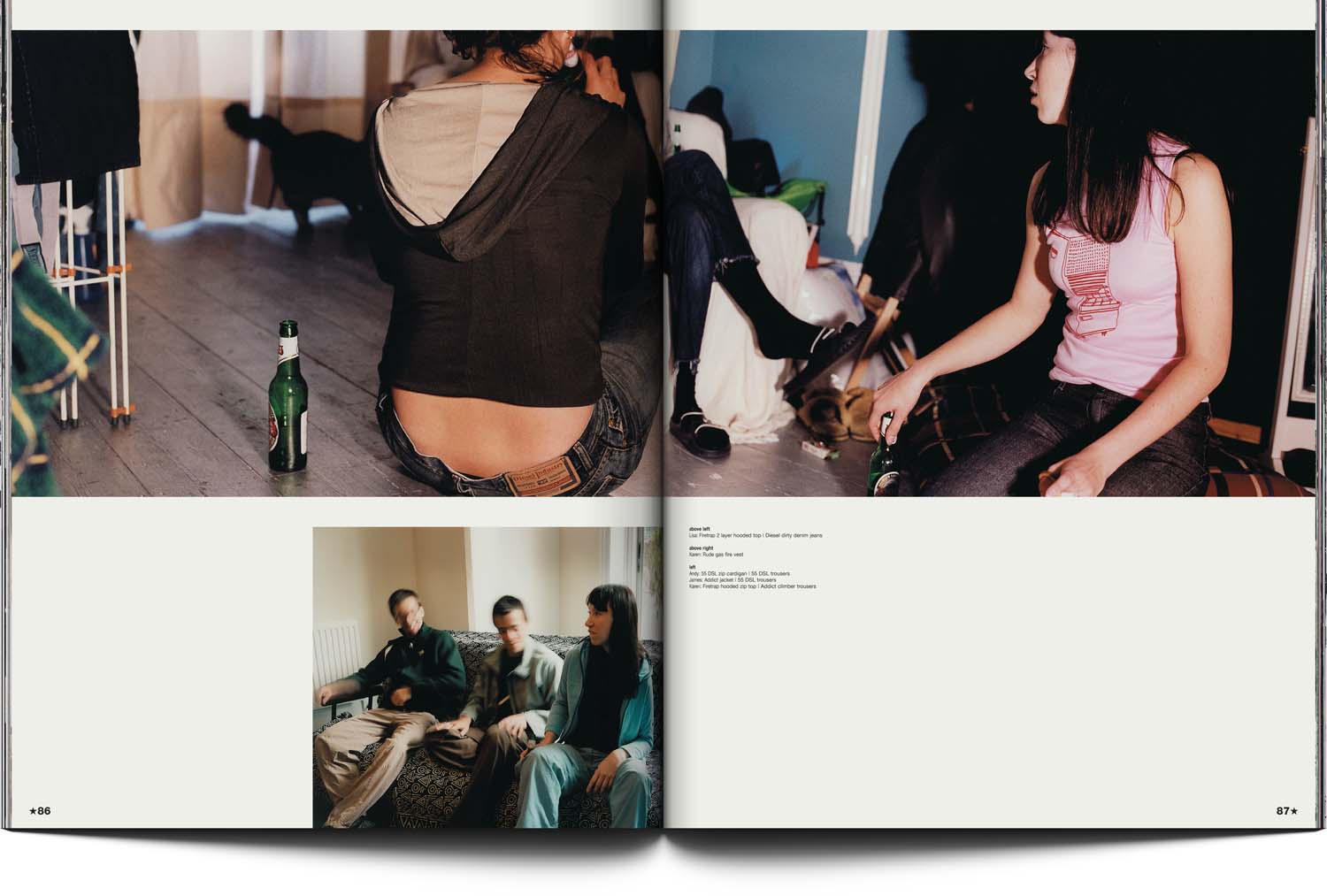 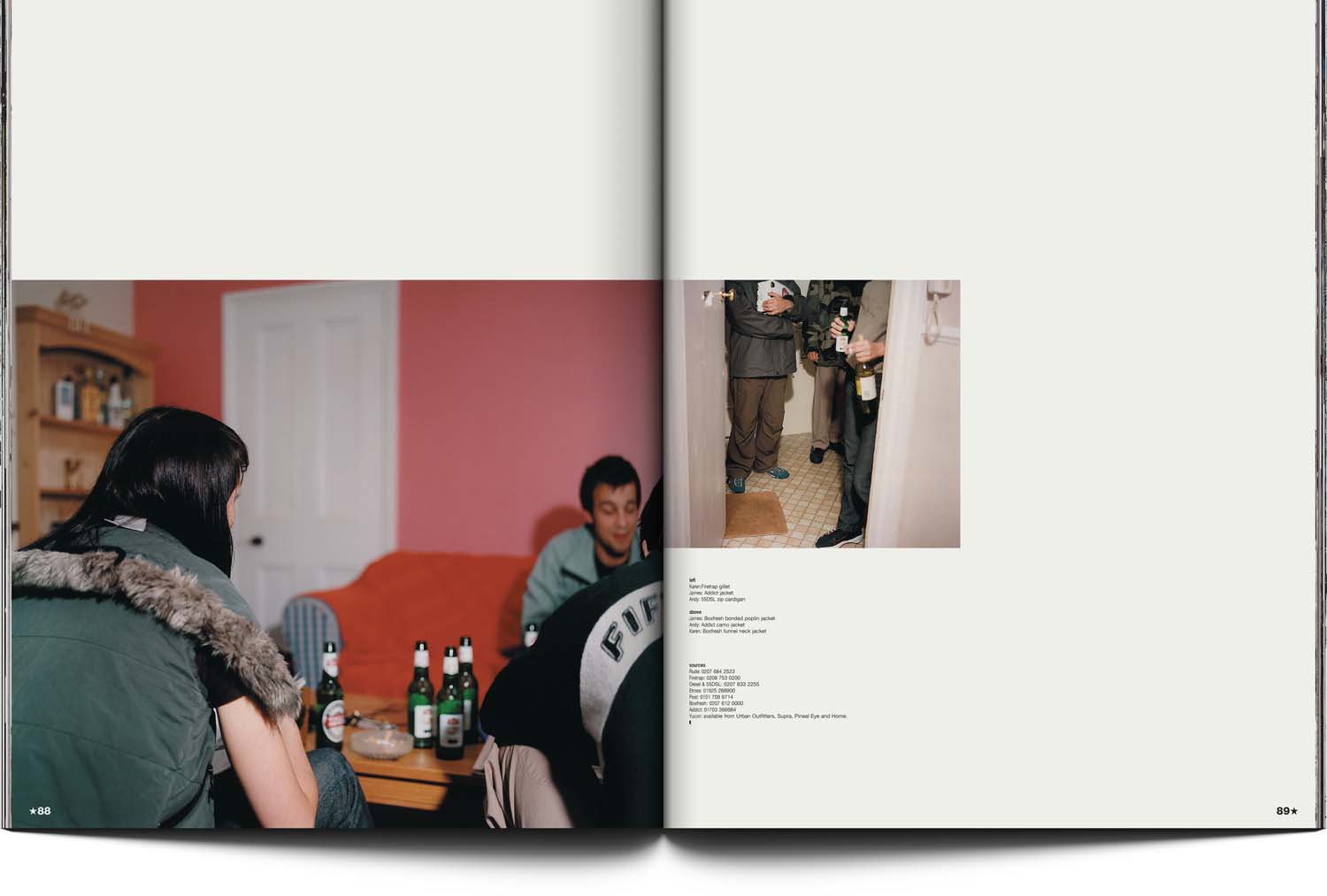 Kicking off with a striking and bold intro spread, the layout reflects South Korea’s ultra-tech infrastructure with visuals of its rich, modern and ancient culture.

This feature was in Level 01, which won the UK’s top award for magazine design. I wish I’d had a speech ready; I don’t think walking on the stage, grabbing the trophy in a daze and walking off impressed many. Or maybe they saw us as super-cool aloof. Let’s go with that.

As well as being to blame for the design, I wrote that snappy title. Most eyes were on Tom Oldham’s photos though, I’m sure. (A few years ago Tom won the ridiculously prestigious Sony photography award — we were lucky to have him before he was famous.) 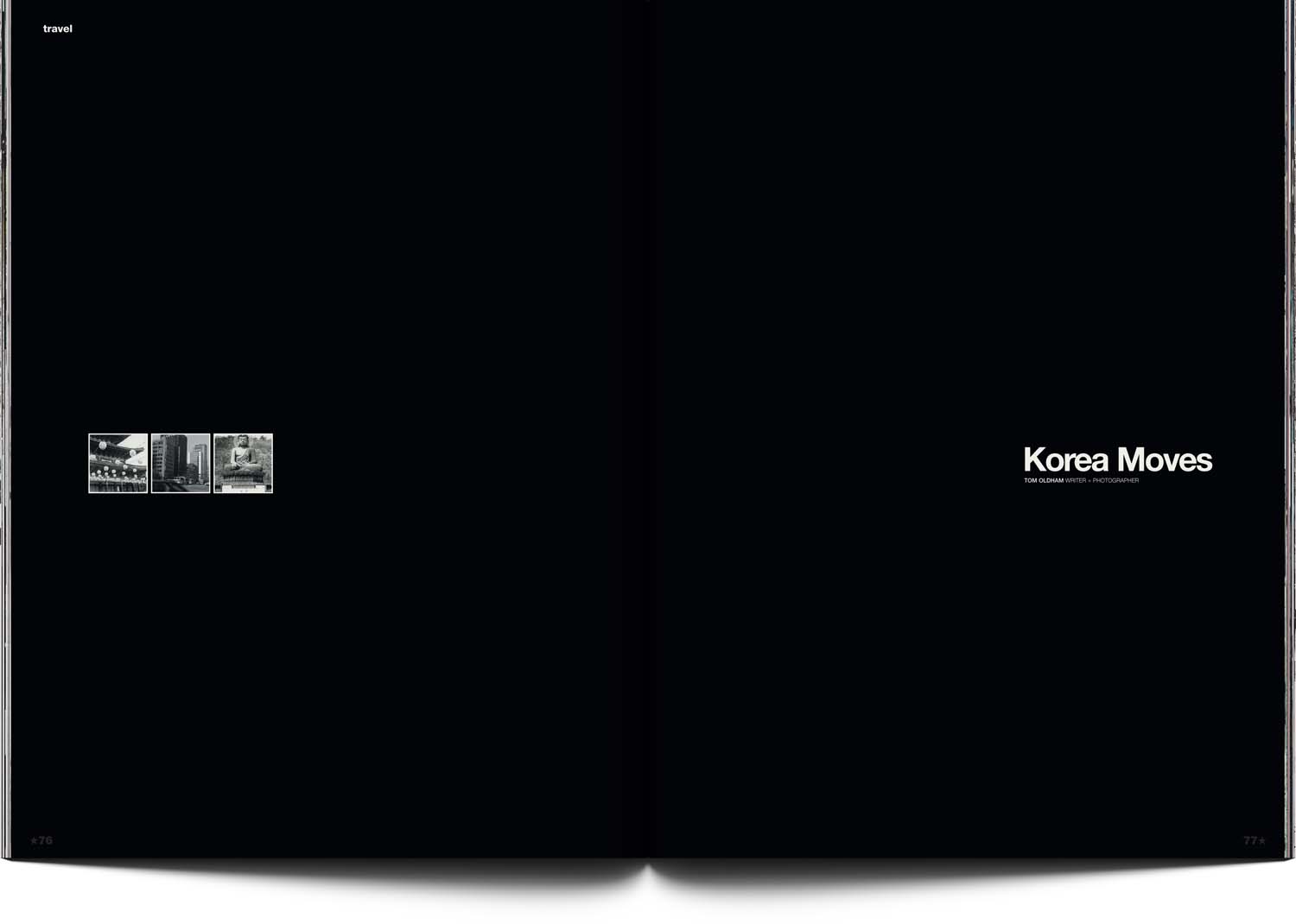